When I started this blog 6 years ago, I had a clear mission to share common sense ideas positioned to the right of many of my Chicago peers. As my bio states, I am an economist at heart and that perspective often unearths challenges with otherwise well-meaning progressive policy ideas.

Back then, the term conservative fit. It didn’t mean right winger, zealot, or evangelist. Those far right of center subscriptions each had their own labels, and conservative was a term with which I was comfortable – at least when it came to non-social issues. I still believe that the cost of big government is personal freedom, that building one’s station through personal productivity is one the clearest paths to happiness, that contemporary unions are wolves in sheep’s clothing, that history matters, and that there are just too many darned laws.

But the former President and his attention-drunk followers co-opted the word conservative into something else. Now it leans toward anti-maskers, isolationism, good-old-days, and social justice insensitivity – concepts just as dangerous as their left wing counterparts: hyper-maskers, pandering to our international enemies, the tyranny of woke, and defunding the police. Idiots on both sides of the spectrum are equally in need of a slap.

My gut feeling is that there has never been a more equitable, more just, and more opportunity-filled time to be an American. The foundation of society, as we come out of this rule-breaking shut-down, is more pliable than ever before. It’s an unprecedented opportunity to make changes for the better. But we’ve been through a boiler of a year and it’s bubbled a lot of nasty things to the surface. These things need to be addressed openly and without fear and I look forward to exploring them on this site. 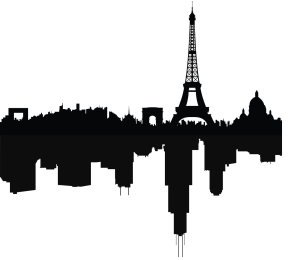 On Monday November 4th, Tyshawn Lee, a 9-year old child was lured into an alley and shot multiple times in the chest and head by a member of the Terror Dome faction of the P Stones. The killer apparently used some sort of bait, possibly candy, drew him around the corner, and then fired mercilessly, at point blank range, execution-style. Children are in general trusting of adults and the cold-hearted killer likely watched the boy’s eyes go wide with disbelief before going dark forever.

Poor Tyshawn was a pawn in a game the P Stones and their rival, the Gangster Disciples, are playing. The game-play is to terrorize rival gang members and the community while the goal is to force residents to take a side. If you pick the wrong side horrible things will happen. But if you refuse to fight, even worse things can happen.

As a parent of a child of similar age, this story brings me to tears. This can’t happen! When our children can be assassinated by gang insurgents, our way of life is under attack. As good-hearted Chicagoans who love our city, we must find the courage and fortitude to empower our law enforcement community to stop this violence before more children die. We need bravery from the men and women of the South Side. We need them to forego the code of silence and point law enforcement in the right direction as we bring these killers to justice and help all of us restore order to their community. We are all in this together.

Last Friday, eight Islamic extremists assisted by at least three others launched an attack killing nearly 150 innocents in beautiful and formerly peaceful Paris. This follows twin suicide bombings in Beirut the day before, a Russian passenger liner blown out of the air the week before, and a long list of other Islamic terrorists attacks against innocents. In all cases, the dead were regular people doing nothing but going about their daily business. If you want the whole list, here it is.

Paris was targeted because it is high profile and France is an easy target.   The refugee crisis has opened borders, the people are largely trusting, and they are relatively unsophisticated in terror intelligence compared to the UK and the US. Their “French culture is better” attitude and their laws against religious expression are irritating (not just to Muslim residents), and they have been designated “most hated country in Europe” by the Islamic State. But that’s still nothing compared their ISIS’s hatred of the leader of Western ideals: given the opportunity, they would prefer to spill blood on US soil more so than any other.

By whatever name, Islamic State, ISIS, ISIL, or Daesh, this organization is a gang. They are terrorizing innocents in an effort to oppress and control populations of innocent people.  Their enemy is all Western governments who believes it has a right to interfere with their ideology, in this case its calling to worship as they wish, exert ownership over their daughters and wives, kill their neighbors for worshiping the wrong god (or the right god wrongly), turn back the clock on technology, sell illegal heroine, and put an end to Israel. In many ways, this hatred of the West is their reason for being, and whatever we do, these radicals will  poke, kick, kill, and slaughter, begging for us to try to stop them. For – as they believe – when that war finally comes, their god will ensure a quick death to their enemies.

And as they continue their affront, America’s repeated response is to distance ourselves from the engagement. The single most empowering event in the history of ISIS was the American exit from Iraq. Just as ISIS was gaining regional relevance we gave them a terrific graduation present by refusing to come to the aid of the democracy-friendly Syrian rebels. Before a year passed, they had created one of the biggest states (caliphates) in The Middle East, and established beheading Westerners as the national sport.  Now we have Hillary Clinton saying in last night’s debate that “this is not our fight” and suggesting that the incompetent militaries in Iraq and Syria should be able to handle it with us offering little more than a pat on the back.  Although politically expedient, this strategy constitutes dangerous isolationism that will only put the US National Security at additional risk.

The majority of Middle East residents want peace and the removal of the gangs that threaten their lives. They also know that the only way to overcome these villains is collaboratively where they provide the intelligence and the US supports them with military force. Without our support, they cannot possibly defeat ISIS. Yet we continue to ignore their requests for help.

If we continue this course, ISIS will continue its attack on our allies in an effort to engage America. They will launch opportunistic attacks around the world as they continue to seek the chink in our armor. Innocents – and innocent children – will die with each attack, and the death toll will grow overseas. Eventually they will figure out how to hit us at home and we will pay a dear price. History will punish us for not acting earlier.

The victims of gang violence are too often targeted because they represent well-meaning intentions of their Chicago communities. In a similar way, the attacks of ISIS are intended to terrorize the family of nations that share western values and in particular the United States. We must protect the members of the besieged Chicago neighborhoods by eliminating the gangs who terrorize them. By the same token, we cannot sit on the sidelines as ISIS continues to attack the world and searches for an opportunity to deal real damage to the United States. We need our government to act forcibly and rapidly if we wish to stop the slaughter of innocents.